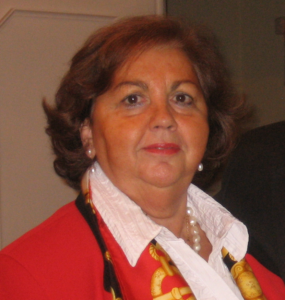 The work of the XVIIIth session of the Standing Commission has just begun against the extraordinary backdrop of the COVID-19 pandemic. In just a few weeks, it has become a major global challenge for international, governmental and local authorities. As the International Red Cross and Red Crescent Movement scales up its response everywhere, I wish first and foremost to pay a warm tribute to the dedication of all volunteers and staff who strive to provide care for the sick, prevent the spread of contagion and ensure the well-being of the world’s most vulnerable people.

The members of the Standing Commission know that we have a great challenge before us as we take office. We will do everything possible to live up to the legacy that the previous members have bequeathed to us. I thank them for all their past efforts. We will keep working hard to encourage all those concerned to implement the resolutions adopted at the 33rd International Conference and those of the Council of Delegates, where important decisions were taken that will shape the Movement of tomorrow. In our first meeting, held via videoconference in March, I shared with the members my vision and aspirations for a Standing Commission that is strong and well positioned to meet what lies ahead.

They are now common commitments for us all for the coming four years. We are convinced that there is a genuine need for the Standing Commission to exist as a board of trustees for the International Conference, a Commission that can ensure the Movement responds in a coordinated and effective manner to the challenges that arise, always in line with the Fundamental Principles.

Among those aspirations, I would like to highlight the importance of mutual trust. The theme of trust in humanitarian action was at the heart of the 33rd International Conference. More than ever, trust is needed among all those involved for our work to be effective – to foster solidarity, collaboration and coordination on international and local levels, and in particular to cultivate our relationships with and accountability towards our donors and the people we serve. To achieve its humanitarian goals, the Movement must nurture mutual trust with those outside the Movement as much as among those within. The Standing Commission is willing and ready to contribute to that effort.

I hope that this resonates with your own interests and concerns and that you too will make this issue of trust a shared goal that can help us to carry out our humanitarian work efficiently and effectively, with absolute respect for the dignity of all and the sense of responsibility of each. 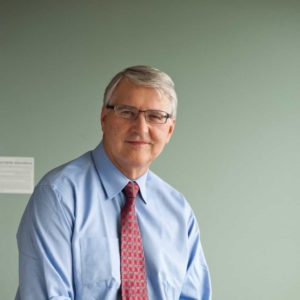 I want to thank National Societies and States for electing me to the Standing Commission at the 32nd International Conference of the Red Cross and Red Crescent in 2015. During the last two years serving as vice-chair alongside Chair Eva von Oelreich in the Standing Commission, my belief was reaffirmed that it can play a role in strengthening the Movement capacity to operate in a fast-changing and increasing challenging environment. Its think tank role can provide input to the Movement-wide reflection process.  I thank my fellow members in the Standing Commission for electing me the Commission chair in September 2017, following the regrettable resignation of Ms von Oelreich from the Commission owing to personal reasons a month earlier. I am humbled to preside over the Commission, a lean organ filled with highly experienced and competent members.

I would like to congratulate Chrystold Chetty on his election as vice-chair, and welcome Ibrahim Osman into the Commission. Together with the Commission members, I hope to build on Ms von Oelreich’s legacy in optimizing the full potential of the Standing Commission in fulfilling its roles and responsibilities. This can only be done in an atmosphere of open, and honest discussion and dialogue which I intend to reinforce, especially with National Societies, the most important building block of the Movement. I therefore encourage you not to hesitate to contact me or the Standing Commission Secretariat for any issues you wish to bring to the Commission’s attention. I also look forward to working with States which have been a privileged partner with the Movement.

What does this recognition mean to you? 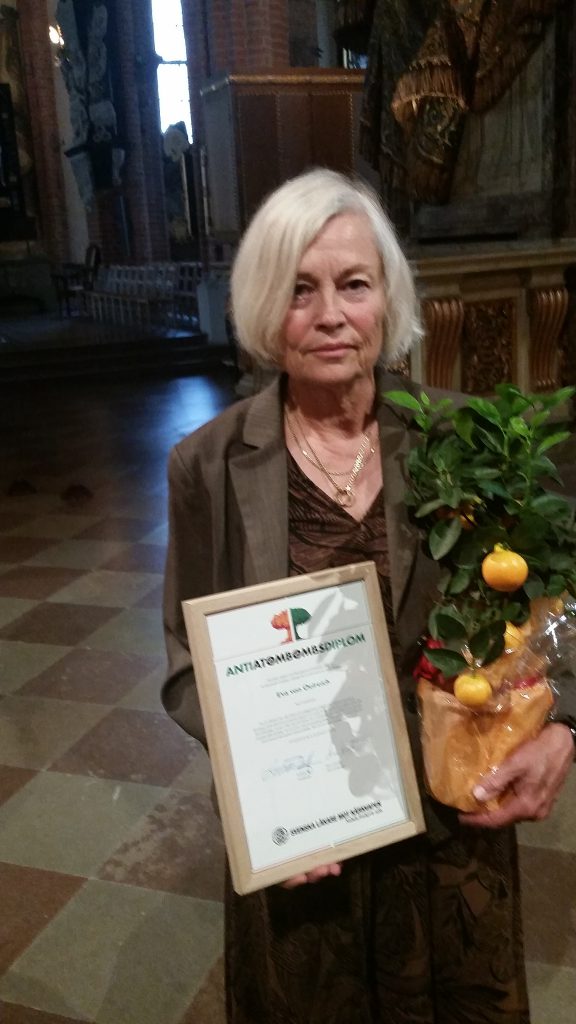 It is an Anti-Nuclear Bomb Diploma awarded by Swedish Physicians against Nuclear Weapons. To me, it’s a recognition which is mindful of all the work the entire Red Cross and Red Crescent Movement has done ever since an ICRC delegate, after the 1945-disaster in Hiroshima on 6 August 1945 and in Nagasaki on 9 August, reported to the Head Office in Geneva about the unimaginable disaster and the devastating human suffering.

I feel deeply honored to receive this recognition. I receive it well aware that I, as President of Swedish Red Cross in the past, and today as Chair of The Standing Commission–the trustee of the International Conference of the Red Cross and Red Crescent which is the highest deliberative body of the Movement between our international conferences, meeting every four years–often represented the core values of our Movement in discussions about the catastrophic humanitarian consequences of nuclear weapons.

Why are you so committed to the fight against nuclear weapons?

We have lived with nuclear weapons for over 70 years. We have not destroyed them, so they can still destroy us. As long as nuclear weapons exist there is a risk that they are used–intentionally or unintentionally. And if they are used, we know there is a lack of capacity and resources, nationally and internationally, to provide effective assistance after a nuclear attack. The world cannot handle these consequences. We are challenging fate and can only lose.

How can the Red Cross contribute to the abolition of nuclear weapons?

The Red Cross Red Crescent Movement is central to the development and application of the Geneva Conventions which govern how wars must be fought, since we still have wars, and must protect civilians and make sure indiscriminate damage is not inflicted. The humanitarian logic contained in International Humanitarian Law can be used to look at the humanitarian consequences of nuclear weapons, also in discussions with the countries of the world during the International Conferences that I mentioned earlier.

Is it even possible to abolish nuclear weapons?

One thing I know. It takes many individuals and many organizations to act together for humanity’s vital issues. No matter how naive some states think the questions may seem. And if it is naive to think that we can eradicate nuclear weapons to protect humanity, I am happy to be naive.

The Council of Delegates and the International Conference are behind us. You have done tremendous work and advanced the humanitarian cause on many levels.

I also want to thank National Societies and States Parties to the Geneva Conventions for the confidence in me they have shown by electing me to the Standing Commission.

At the first, constituent, meeting of the Commission, my fellow members chose to elect me as their Chairman, to use the terminology of the Statutes. For reasons you may understand, I would prefer “Chair”.

I am both awed and humbled by the responsibilities I am assuming. But before saying more about that, I would like to thank those members of the previous Commission who are no longer serving in that role:

Assuming my new role, I will continue to pursue the “agenda” I announced as part of my candidacy.

I wish to contribute to sharpening the International Conference of the Red Cross and Crescent as a forum for debate and decisions on humanitarian issues confronting the international community.

The basis is action on the ground, which is the role of National Societies supported by the International Federation, the ICRC and Sister Societies.

We need to carry on strengthening the dialogue and interaction with the States Parties to the Geneva Conventions, as well as humanitarian actors outside the Red Cross and Red Crescent Movement.

This means safeguarding the individual and complementary mandates and independence of each component of the Movement, yet supporting one another to maintain a harmonious and effective Movement.

By building and keeping trust, we will remain that prime convener which brings understanding of humanitarian action.

We have many different roles to play and I am ready to play mine. I will do so with fellow members of the Standing Commission, but I will also do my best to reach out to others.

Democracy is about choice. I will reach out to those who were not elected to the Commission this time. In their various ways, their experience, knowledge, integrity and youth, is an asset that we cannot afford to do without.

Thank you, again, for your confidence. I already look forward to meeting you in Istanbul in 2017.